Tagua Nut Katabori Netsuke, a figurative carving of a cat balancing on a pumpkin, signed on the base.

This is a good modern example of a katabori (sculpture) netsuke, most likely by a Chinese craftsman following the traditional Japanese style, depicting a cheeky-looking cat clambering onto a pumpkin. A netsuke is a toggle that was used to secure silk cords suspending personal belongings (like purses, pipes, or writing implements) from the obi (sash) on traditional Japanese garments.

This carving follows the usual netsuke pattern with holes drilled on the underside to allow a cord to be passed through, although this is a modern decorative collector’s piece not really intended for use on a garment. It is made from a single tagua nut, which is the nut from the ivory palm (Phytelephas aequatorialis), a material often referred to as vegetable ivory. A good level of detail can be seen in the texture of the cat’s coat and the leaves of the pumpkin, and pigment has been applied to the piece to enhance and add variety to the natural colours.

Signed by the carver at the base of the tail.

Condition Report: In generally very good condition, but the left ear appears to be slightly chipped along the edge, or at least feels less smooth to the touch than the right ear; the carved material is incredibly thin at the ears and so quite vulnerable to damage. This doesn’t detract significantly from the overall appearance, however. 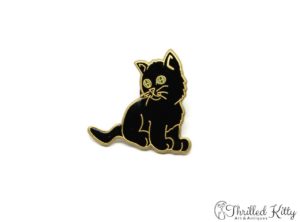 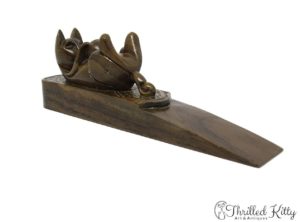 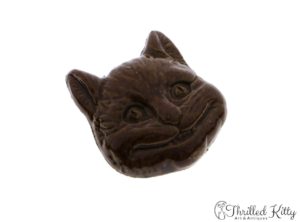 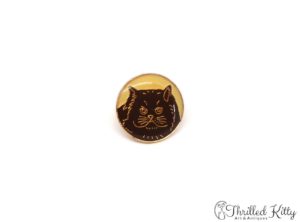 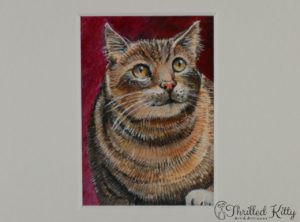 ‘Cat on the Prowl’ by David Laurence | ACEO

‘Cat on the Prowl’ by David Laurence, an original watercolour in ACEO format. Presented in an 8 inch by 6 inch Larson-Juhl conservation mount and ready to be framed. 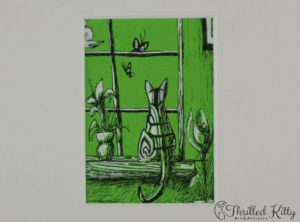 ‘Striped Cat on Windowsill’ by Eleyse Gottman, an original watercolour in ACEO format. Presented in an 8 inch by 6 inch Larson-Juhl conservation mount and ready to be framed. 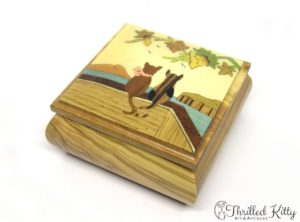